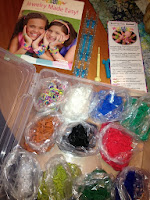 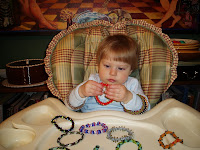 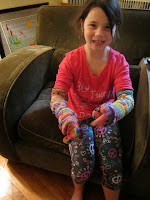 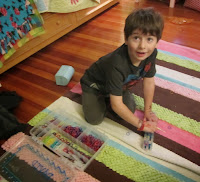 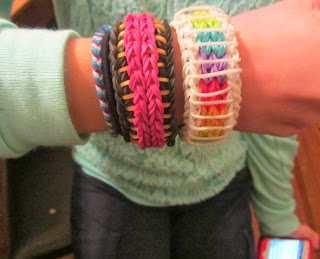 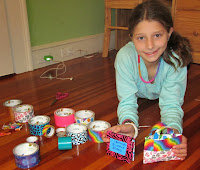 Unfortunately, I missed my trip with the Beadsprouts to NH, so Joe drove me there a few days later to a quilt store I wanted to visit. We hoped to observe colorful leaf activity, but the lakes are what got to me! And the batiks at Keepsake Quilting.

In the car, I stitched on a world map quilt I just sewed together for the grandchildren. I had put this aside because the world cities blocks side was longer or wider than the panel world continents map side or vice versa. I had to figure out the wild math and cut a mix of blue borders so that I could stitch the sides together to make a quilt. Now I will hand-sew along the printed stitch lines in the design (to the batting on both sides) and let the grandchildren decide what they want to do with it. The piece is colorful and educational.They can do the hand-sewing or I can finish it at a bee. 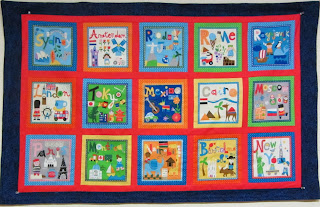 Keepsake Quilting is only a couple of hours away and there are some neat stops on the way. In the store I found Tonga Treats Table Runner batik squares that make up to a finished size of 16" x 52." That would be the biggest quilt and the most old fashioned quilting I have ever done. I usually make journal quilts and a 12" x 12" is big for me! It would have helped to have had lessons. But I had experience making quickie nine-patch blocks for Katie's Project Hope quilts. I tore into the first blue runner. It has some problems, but daughter in law loves it and feels it is perfect for her new dining room table. 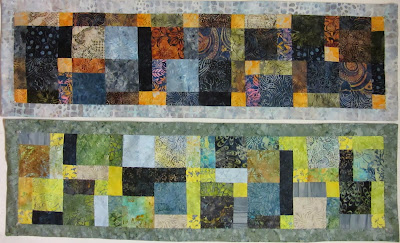 Artists never give up. I made another runner the next day. Although it was not groomed for its photo, with a little ironing the green one is perfect for my dining room (but only color-wise). I will gift it as well. The fun was in the ease and speed of the craft. According to the directions, you make 4 nine-patch blocks from thirty six 5" batik squares. Next, you cut each of those squares into four equal pieces, cutting horizontally and vertically. You then arrange the blocks into two rows of eight blocks and sew together. You add the 2 1/2" border and sandwich the backing, batting and top. Next, stitch the edges around, turn and hand sew the opening. You can quilt, but they are super without. This project kept me out of Joe's hair while he was grading law papers. 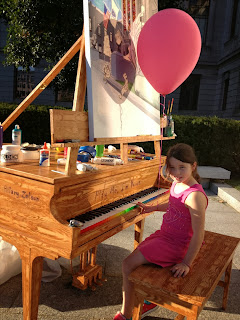 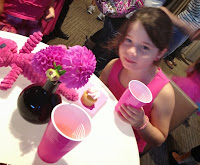 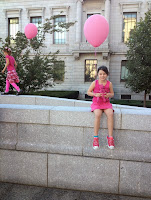