Although Joe and I moved far away from Texas and Arkansas, thankfully our relatives drop in to see us. To make the house more habitable for brother Steve and wife Lynn, we are trying to clear a path and organize after 25 years. One makes discoveries. As you may know, people who craft and paint fill the house with materials and creations. 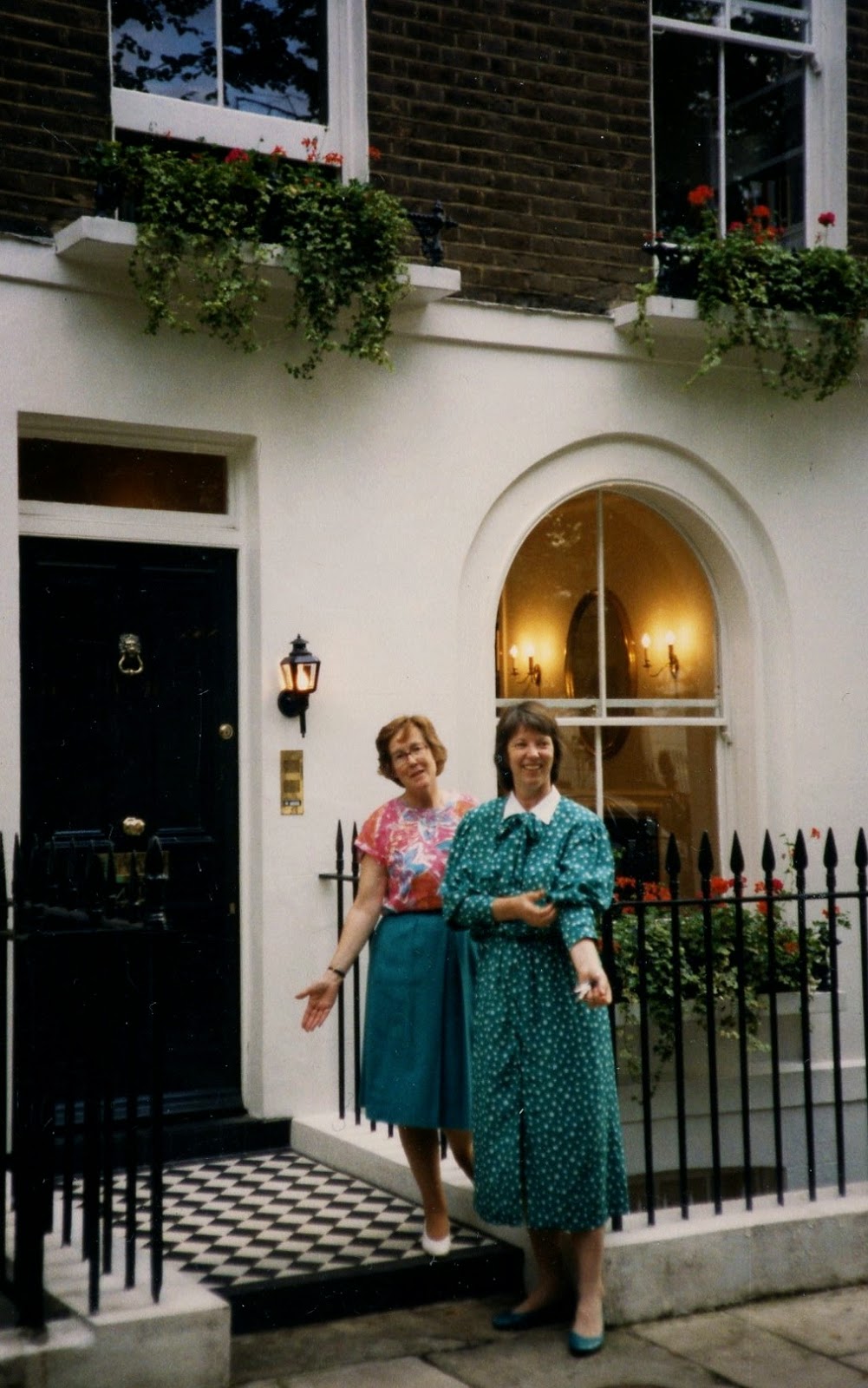 More than 25 years ago we moved to London; but before we left, I asked friend Catherine who came to America from London as a youngster during WWII to tell me what she knew. She put me in touch with her sister Judith who with her husband invited us to the country for a weekend at their beautiful Nettlestead. I took photos and with more eagerness than training decided to paint the hosts for a surprise gift. This week I just found those two old oil  portraits. Years ago, I probably decided they were not good enough to send.

The other day, I phoned Catherine and told her about the portraits, that I wanted to give them to her and she could do what she wished with them. I also passed on the photos. A special treat was finding that Catherine has been making beautiful quilts which I should have photographed to show you.

First is the photo of Catherine's visit to see me in London. I found this place on Royal Avenue for the law firm and designed the pattern we are standing on after wandering the neighborhood to crib ideas. Judith, at Nettlestead, was such a dynamo in the kitchen I gave her three bodies in action, faces taken from the several photos. I placed Tony in front of the home with his cap and coat, our car in the driveway. Click on the photos to enlarge. 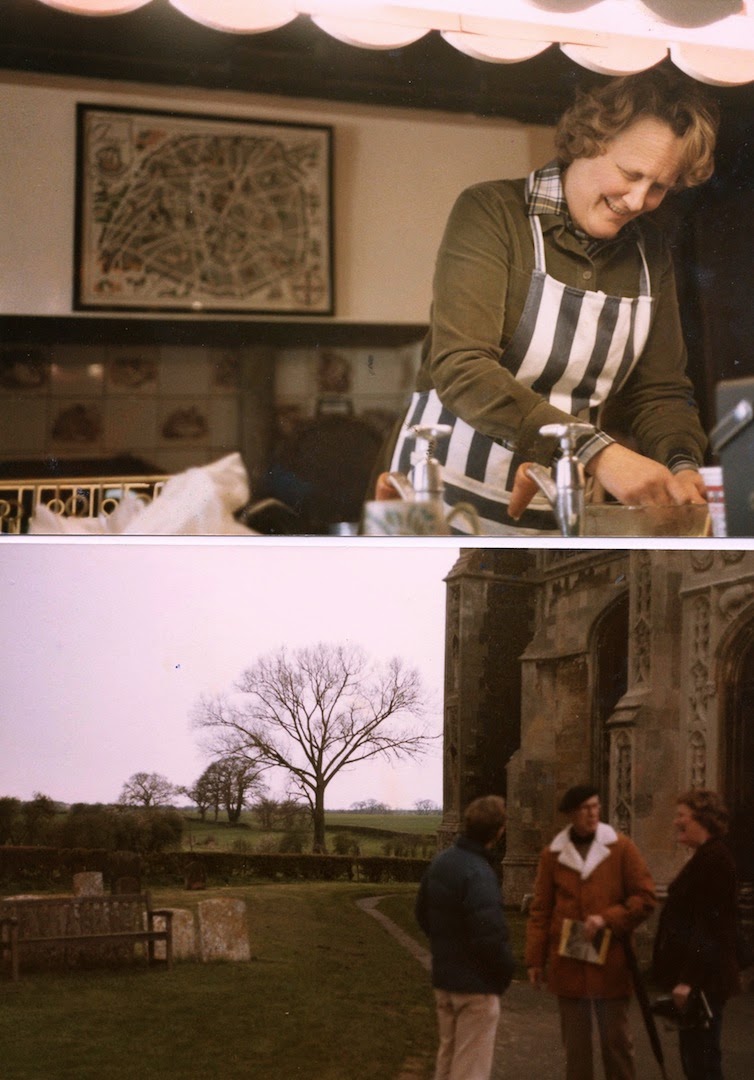 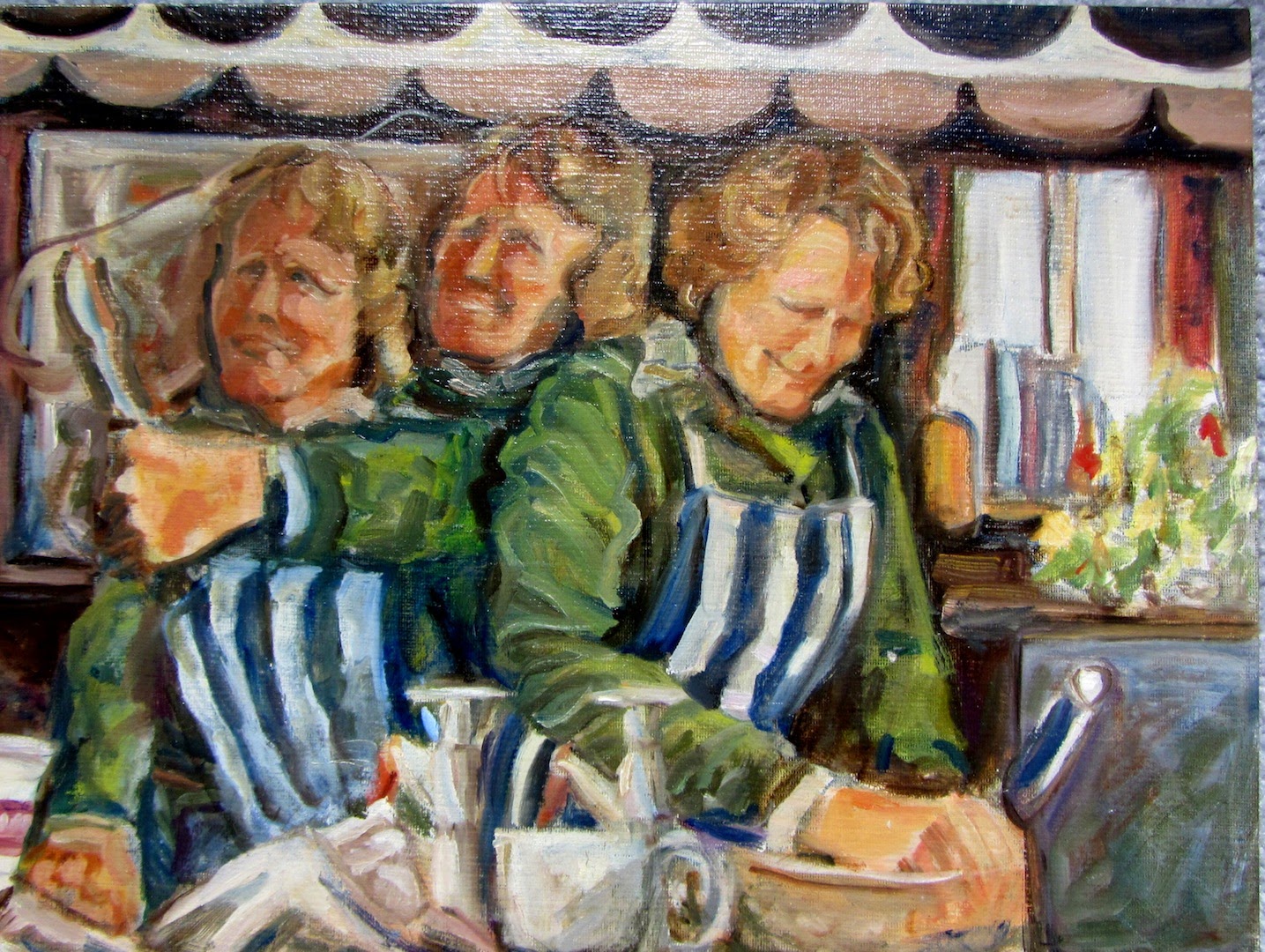 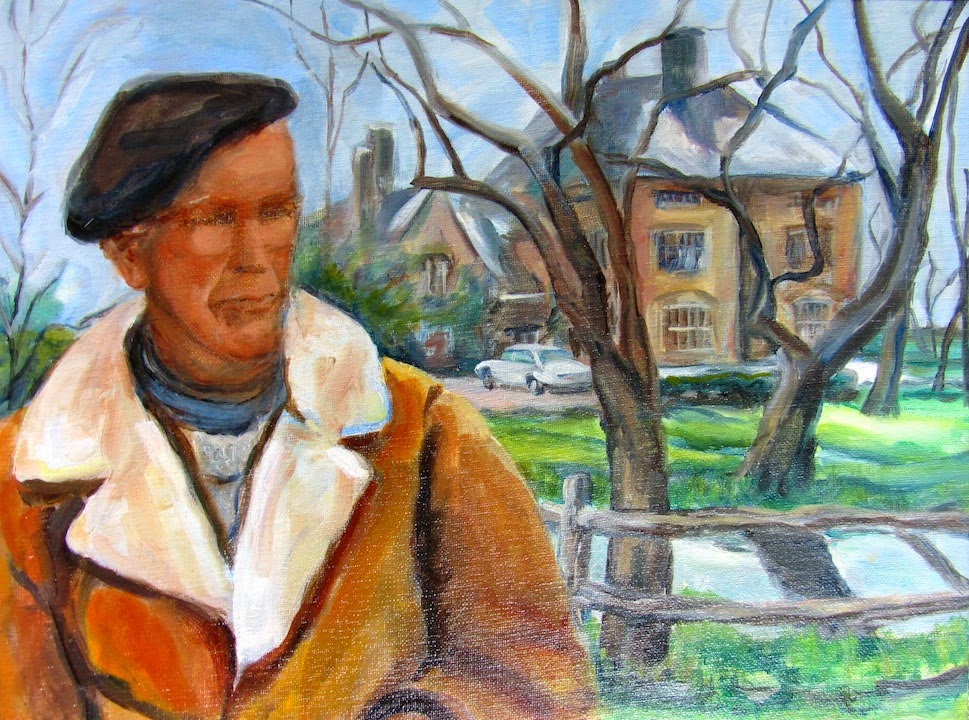